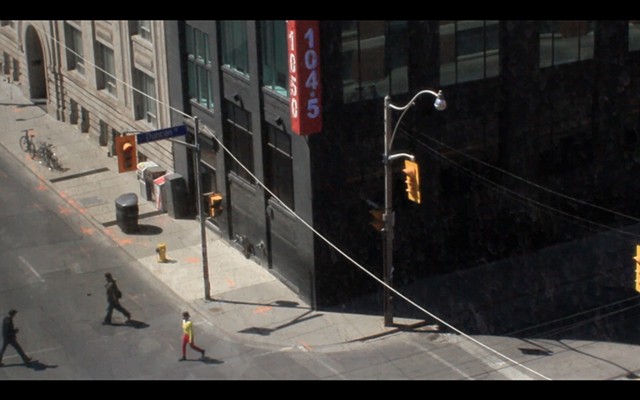 As the Baudelairean flaneur, I inhabited the city as a passive observer, a kind of voyeur, albeit attentive. Baudelaire linked the flaneur to the “man of the crowd,” but Poe’s Flaneur character did nothing but observe “the man of the crowd.”

Through unnoticeable, almost invisible actions, such as recording myself walking, I surveyed, observed, and scrutinized the crowd and the urban landscape as an insider and outsider. Like a Flaneur, I navigated and experienced incidental and intentional psychological effects caused by walking the city streets.