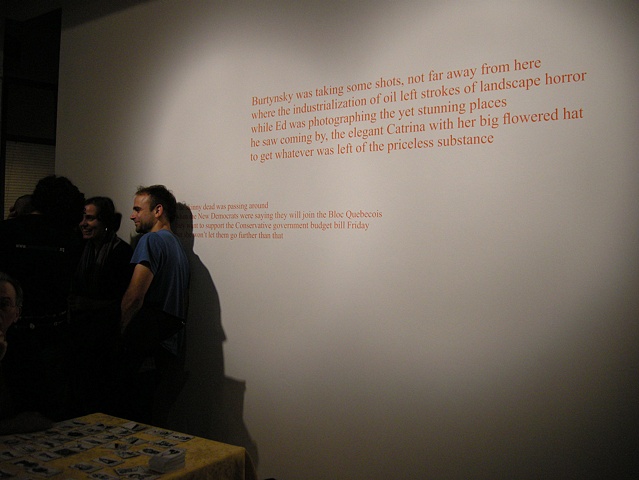 BRINGING DOWN OUR DEAD Curated by Amelia Jimemez A Space, 2009

This text-based installation takes elements from Mexican Calaveritas poems written during the day of the dead festivities. This is a popular tradition where people write verse poems intended to satirize current political events, public person’s strong character and the death that is personified by a woman. The poems I wrote for this installation exposed contemporary characters and political events, which I took from Toronto's newspaper articles of 2009, using exaggeration and irony to mock them. The font colours, of the five short poems I composed, are rendered in orange. I use this colour referring to a widely used marigold flower, the cempasuchitl or flor de muerto used as a decoration during the day of the dead that is thought to attract the souls of the dead. As a participatory action I invited the audience to write Calaverita poems.